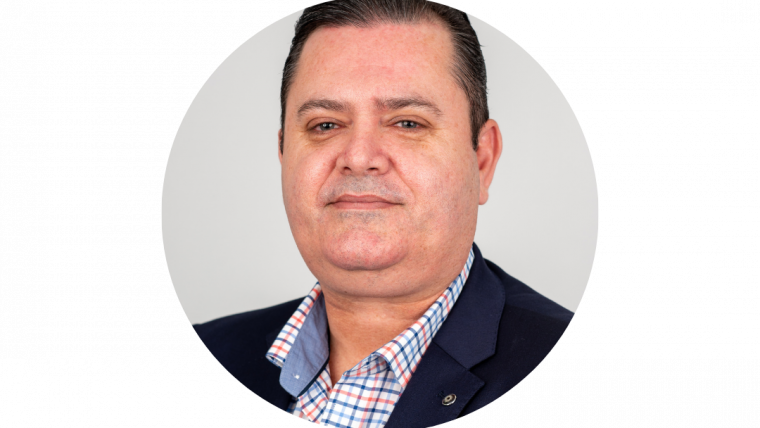 When Will Cotis joined Red Education as Sales Director for ANZ in 2020, Sydney was in its first COVID-19 lockdown and he knew that the new role would come with a unique set of challenges. As well as managing a new team for the first six months without meeting them in person, and moving into a business with a focus on face-to-face training, Will would need to learn the technologies that Red Education represents, and also build relationships with a new set of customers and the other functional areas of the business.

Luckily, as Will says, he is a highly adaptable person and, coming to Red Education from one of the largest training vendors in the world, AWS, he was a natural fit for the role.

That adaptability has served Will well in his career as he moved from the music industry to the world of technology. The child of a TV-performer mother, Will had early ambitions to work in the music industry and started from humble beginnings in the industry by packing CDs. He soon moved into account management and became the youngest sales rep at Warner Music. Before long Will was in line for a State Manager role, but decided instead to fulfill his dream of moving to Spain to live. After just a year, however, he returned to Australia and joined EMI, staying with the company for the next 16 years. Then, with a young family and no longer enjoying the music he was working with, Will decided it was time to take his skills to a new industry – the technology sector – leading him to his current role as Sales Director with Red Education.

In common with his fellow Red Education Sales Director, Raj Kumar, Will’s main motivation is the people he works with, especially when working life often means that you spend more time with your colleagues than your family. In any one day, Will and his team could be talking to anyone from a student starting out on their career to the CEO or CTO of a large corporation. He enjoys representing the many vendors that Red Education works with, saying that no two days are ever the same.

Managing his team, Will describes himself as sometimes being a frustrated salesperson, missing sales calls and the thrill of closing a sale. However, now he enjoys the satisfaction of passing on his years of sales experience to his team and supporting them with one-on-one coaching sessions as well as time with the team as a group. Will is also a great believer in accountability, saying that the difference between giving someone a sales target and making them accountable for that target is central to his team’s success. ‘In Sales, you always need a Plan B, Plan C and an Plan D to make your targets,’ he says.

A climate of mutual respect

One of the aspects of his role at Red Education that Will enjoys most is the climate of mutual respect that exists at Red Education. With each member of the team appreciating what the others do, it is much easier coming to work every day without worrying about office politics, he says, with the example of how to treat your team being set from the top down.

Looking to the future, Will wants to increase his focus on partnerships with the vendors Red Education represents, deepening relationships to learn about their customers and to understand the role of training as part of an overall customer experience. He enjoys working with people to get the best out of them and sharing his own experience. In the end, Will says, he is ‘all about relationships’ and connecting with people, whether within his team, across Red Education, or with customers.