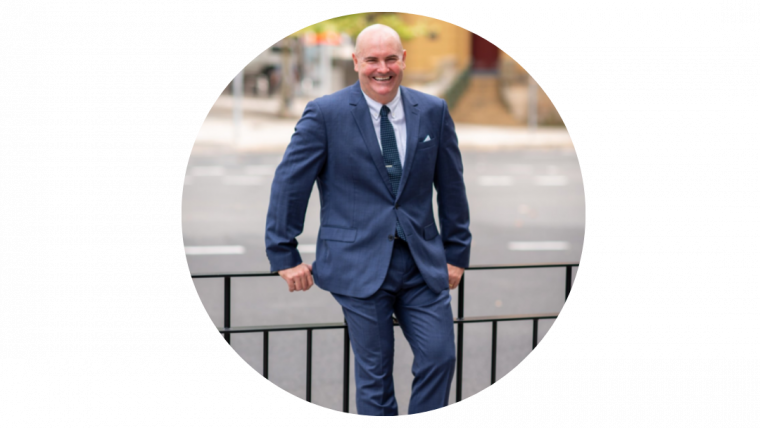 With over 30 years of leadership experience under his belt, Mike Baird, Managing Director at Red Education, sees his skillset as being like a jigsaw puzzle. Whereas when he started out with a box of 500 pieces to solve a problem, he now feels as though he has 20,000 pieces that he has gathered throughout his career. Having moved between some incredibly diverse roles, he quotes Darwin’s famous saying that it is not the strongest of the species that survives, nor the most intelligent, but the most adaptable to change.

The start of a strong work ethic

That ability to adapt to change has certainly characterized Mike’s career until now.  When he left school, he first became a horse trainer. Mike attributes his strong work ethic to these early years, when he found himself working constantly from when his alarm clock went off at 3am until the end of his working day at 6pm.

This stood him in good stead for his next role, when, at 21, he joined the army. There, he was recognized multiple times, learning important organizational development and leadership skills. Having only spent a few weeks at home out of the final 12 months of his service, Baird then decided it was time to start prioritizing home life and moved into a civilian role in sales. He thrived in the role, building highly successful state and national teams. After 20 years in this field, however, Mike felt he had nothing more to learn. He took voluntary redundancy so that he could look for a new opportunity.

This new opportunity came in the form of a request from a recruiter for Mike to take on a two-year contract to head up and build the revenue for a learning and development business that had been struggling and needed to be made profitable for sale. The strategies Mike put in place resulted in a profitable sale, and Mike then moved into a General Manager role for part of Telstra, where he stayed until the day he took a phone call about a company called Red Education that was looking for a Managing Director.

Mike describes that call as one of the ‘weirdest’ moments of his career, when he felt a strong emotional pull towards the leadership role at Red Education, knowing the extent to which he could add value and grow the business. So he left Telstra and moved to Sydney to take on the role in early 2020.

Mike sees his role as Managing Director as being the primary strategist for the business as well as setting the mood within the company. He aims to set a sense of purpose and communicate why Red Education exists, to both his team and external audiences. He wants to ensure that everyone is on the same page about the service the business can provide to the community and that they all understand their own importance with regard to that purpose.

When asked about Red Education’s purpose, Mike says that it is to provide education to the IT community, setting the benchmark of knowledge within our specialist areas and improving the futures of both the companies we work with and our students.

With the transformation of the IT landscape in the last 18 months, Mike stresses the importance of Red Education elevating the discussion and the rigor around effective cybersecurity awareness and practical applications to allow organizations to mitigate their risk of penetration by cybercriminals. Cyber attacks can cause enormous disruption and expense, with the average incident is reported to cost around $US500,000. It is therefore critical to equip businesses to avoid these incidents by ensuring they not only have the right cyber security systems in place, but also people trained with the skills they need to run these systems effectively.

Making a difference for our students

As well as this essential mission of safeguarding organizations, Mike also sees the improvements in the lives of the company’s students as one of the fundamental purposes of Red Education. Allowing students to significantly increase their levels of personal income as they progress through their certification journey is one of the main reasons that Red Education exists. As IT professionals become increasingly employable and move into higher levels of management, the benefits that they and their families experience are what drive Mike and the business he leads.

“As a leader, it’s important to have a strong ethical compass. If you are not trustworthy, no one will follow you.” – Mike Baird, Managing Director, Red Education

The purpose of a leader

As a leader, Mike believes it is essential to embody clear values and a strong ethical compass. He knows the importance of trust, saying “if you are not trustworthy, no one will follow you”. His focus is to demonstrate high personal standards of behavior and ethics, as well as honesty, empathy, hard work, and adaptability.

Mike says that he derives great joy from lifting people and seeing them progress in their careers. He feels a responsibility to build a company that can nurture and financially support his growing team as well as those who depend on Red Education employees for their livelihoods.

Joining Red Education just as the COVID-19 crisis started to hit, he knew the company had to pivot quickly to move all training online. This brings us back to the recurring theme for Mike of adaptability. He is proud to be at the helm of a nimble organization where decisions are made quickly, and changes can be implemented immediately when responding to market needs. Moving Red Education to a Virtual Instructor Lead Training (VILT) model has succeeded in changing behaviors and proven to provide high-quality learning outcomes, with customer satisfaction, as measured by the Net Promoter score, soaring as a result.