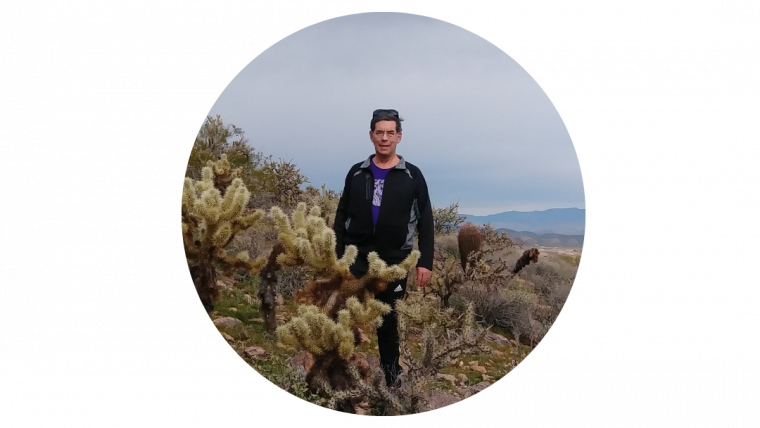 John Hauser is one of our most experienced instructors but relatively new to Red Education, joining our growing team in the United States in 2021. He is based in Kansas City, an area with what John describes as ‘four wonderful seasons’ and snow falling most winters.

You don’t have to talk to John for long before you realise that he was born to be a trainer. From childhood, as a boy scout, he would teach younger scouts the skills they needed and during elementary school he would spend one afternoon a week teaching struggling students to read. Even in the coldest winters – in zero degrees Fahrenheit with added wind chill – he would still ride for two hours so that a young student didn’t miss a class.

He started his career as a Science teacher and later became a school Principal. But then life changed… John fell in love. With an Apple IIE computer. His wife describes this time as the only occasion she felt she was ever truly challenged as first in line for John’s affections. John’s interest in IT grew and he describes how he once drove 100 miles to go and see the first computer that had a hard drive (instead of using the floppy disks for data and programs that were standard at the time).

From teaching software at a local community college, John was soon hired to start building computers and provide technical support and training and then moved to Kansas City for a Systems Administrator role. Since then, he has served in many different roles IT, all of them with training involved in one way or another. He has been training Palo Alto, Check Point, and many other security related classes for over twenty years as well as combining this with consulting.

“I am passionate about providing a practical, hands-on education to students who can use the skills they learn today at their jobs tomorrow.”

John is genuinely passionate about training and passing on his expertise to his students. He says that one of the greatest joys of the job for him is when a student is able to grasp a concept and the idea becomes theirs because they are able to understand it. He says he loves teaching ‘through a student’s fingers’ because they will pick up the new skills much faster and remember them longer. He is passionate about providing practical, hands-on education to students who can use the skills they learn today tomorrow at their jobs tomorrow. He also thrives on helping companies become more secure in a world of growing cybersecurity threats.

When he is not working, John loves to spend time with his ‘one true love’, his wife and the other members of his family, as well as connecting with others. He loves nature and being physically fit and spends his spare time walking hiking and enjoying the great outdoors whenever possible.

John and his wife especially love the desert landscape, especially the contrast with the endless miles of cornfields that surrounded him throughout his childhood. Also admiring great nature cinematography and photography, he has resigned himself to the fact that he may never get the perfect shot featured in the media, but instead, he will spend his spare time enjoying his surroundings and the work of others.

As well as providing volunteer support to others with his teaching and training skills, John has also been involved with an initiative called ‘Habitat for Humanity’. This organisation works with the corporate sector and gives them the opportunity to build houses to address the growing problem of homelessness. John has built a number of small homes providing clean, warm shelter where it is much needed.

What the students say