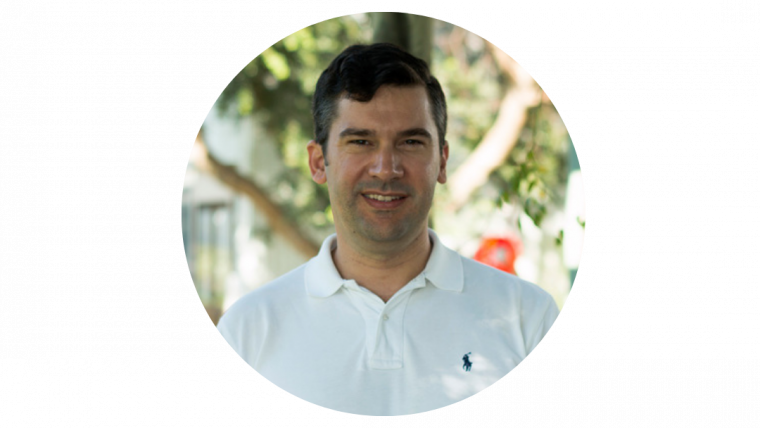 Founder, Owner & Chairman of the Board

After three years in his first job after university, Dan Storey, owner and Chairman of the Board at Red Education, decided to hand in his notice and prepare to go backpacking. Having missed out on the experience of a gap year after school, and going straight to work after his degree, he wanted to travel. Before he left, he went back home to spend time with his family. But while he was there he took a phone call that changed the course of his life.

How Red Education was born

Today, Dan is the owner and Chairman of the Board at Red Education, with a team of over 60 people worldwide. The phone call that he received was from cybersecurity specialists F5, headhunting him for a job. Dan accepted the offer and stayed with the F5 as Principal Consultant for three years, until he left to become an independent consultant, with F5 being his number one client. Before long, Dan saw that there was an opportunity to sell seats at the training courses he was delivering instead of being paid a flat fee for his work. He switched his business model, and Red Education was born.

Fifteen years later, Dan remembers the early years of Red Education as being an exciting but challenging time, with a punishing travel schedule that required him to be away from home for nine months each year. New trainers were hired to cope with the demand and Red Education was on track to becoming the leading global IT training powerhouse it is today.

As well as being Chairman of the Board at Red Education, Dan also manages the company’s training on a day to day basis. Enabling our students to put into practice immediately what they learn in our training courses is widely recognised as one of the standout features of a Red Education course, ensuring that learning is embedded and retained.

In those early years of Red Education, before virtual technology, Dan describes how the labs were six physical boxes that he used to carry with him when travelling to deliver training, checking them in to excess baggage. He remembers a few occasions when airlines refused to let him take them on the plane or when the boxes didn’t quite stand up to the rigours of travelling.

“What motivates me is to see the people I hire grow as individuals” – Dan Storey, Chairman of the Board, Red Education

Today, Dan is motivated by the team he works with, seeing the people he hires grow as individuals. He also feels a strong sense of purpose around cybersecurity and its importance across all sectors. Listed once again this year in the PWC survey of Australian CEOS as the top threat to business growth, Dan says that the lack of cyber resilience is one of the biggest weaknesses in the Australian economy, with Red Education existing to ensure that organisations have the right people with the right skills to optimise their investments in cybersecurity technology. Dan also sees Red Education as having an important role in enabling cybersecurity vendors to be more cost-effective. Vendors can outsource essential training requirements at a lower rate to Red Education and concentrate their headcount on adding more pre-sales personnel and selling more product to the market.

Looking to the future

Looking to the future, Dan says that he can only see cybersecurity increasing in importance and expects the number and sophistication of cyberattacks to increase, especially from overseas.

When asked what advice he would give any young graduate entering the industry today, he says he would recommend aligning yourself with one vendor and becoming known as a leading expert in that technology. ‘That’s how you get to the big bucks,” he says.